For most of my adult life, I’ve used the time between Thanksgiving and Christmas each year to create measurable goals for the coming year. These goals never included professional ones, as those goals only helped me achieve the success I needed to support my family. The goals I create for myself are infinitely more meaningful and focus on what I need to do next to achieve my bigger lifetime goals.

An honest assessment of the previous year’s goals versus achievements goes a long way when it comes to creating better goals for the next year (it’s important to create measurable goals so that it’s easy to determine whether the goals were reached). The whole process gets easier each year. Similarly, the experience gained over time helps when creating the strategies needed to meet those goals.

I find it helpful to divide my goals into several main categories, and those categories change according to need. For 2023, my main categories are musical, literary, and personal. While I’m still in the drafting stage, I already know what my priorities are for the new year, so I’m off to a good start. I won’t be pinning all my hopes on a future that’s not guaranteed, but I like having a roadmap. As George Harrison put it, “If you don’t know where you’re going, any road will take you there.”

During my formative years, I cared more about sports, music, and reading than nature, but I enjoyed learning about things that interested me. When a kid down the street invited me and a few others to watch him feed a live toad to his pet snake, we accepted. I’ll spare you the details, but witnessing nature firsthand inspired me to check out a handbook on the subject.

Reptiles and Amphibians (Golden Press), a “guide to familiar American species,” presented more than 200 species with color illustrations, and I loved flipping through its pages. Better yet, the library had other Golden Guides in the series, including Mammals and Rocks and Minerals, and those books interested me even more. A few months later, however, my fleeting interest in natural science had all but disappeared.

Fast-forward a few decades. I’m at Lowe’s browsing through books on projects I hope I never have to do when I spot the sixth edition of Roger Tory Peterson’s Field Guide to Birds of Eastern and Central North America. I bought it, and as in my youth, I discovered the book was only one in a series of great books, so I ordered the latest edition of the Peterson Field Guide to Stars and Planets. I’ve started reading the latter from cover to cover, and it’s fascinating!

Peterson Field Guides are “Golden Guides for Adults” published to assist curious lay people in identifying natural phenomena, and I’m amazed at the number of guides available. Like most people, my pursuits leave little time to explore every shiny object that comes along, but those looking to take a break from time to time will find these books packed with fun facts about the world in which they live and the universe in which that world exists.

Back in the spring, my wife and I decided to try growing vegetables in our backyard for fun. With the exception of flowers and a few herbs that Alicia had grown in a window planter, we had zero experience growing anything, but we were curious to see what would happen. After watching a few videos, we bought some rolled-up fencing with anchors, a few 5-foot T-posts, and 5- and 15-gallon grow bags (I’d never heard of any of these things), as well as seeds and starter plants. Our vegetable garden experiment had begun.

After setting everything up, we adventured to grow Yukon Gold potatoes, tomatoes, Sweet Spanish onions, kale, broccoli, lettuce, and green peppers. Some of the seeds had be be started indoors under a grow light bulb and then moved outside, but eventually everything was up and growing. A few weeks later, one of our trees began to fill out, covering half of our garden with unwanted shade for several hours each day. Fortunately, the use of grow bags kept us from having to transplant everything, and I’d found T-posts easy to work with, so moving the garden to accommodate the sun was easy.

It’s nearly August now, and we’ve learned a lot from our backyard vegetable garden experiment already. The food tastes great, and we enjoy being able to step out back to grab fresh salads whenever we want. While the experiment was successful and fun, the summer temps combined with high humidity make it too early to decide whether we want to do it again next year. Maybe we’ll watch some videos on drip irrigation over the winter.

Last month I retired from the nonprofit where I’d worked for 16 years so that I could pursue creative endeavors. I’ll post more on those endeavors in the coming weeks, but before this year ends, I wanted to share a peek at my 30-plus years in publishing and communications. Here’s a look back at my career.

I learned the basics at AVMA before computers became widely available. Each editor used a different colored pencil so others could determine who made the changes. We then cut galleys into strips and arranged text and images on dummy pages using pins to hold them in place. We measured things in picas and points. I’m glad I got to see all that before technology changed everything. On a different but related note, I became a lifelong vegetarian while at AVMA.

At Mosby Chicago and Mosby St. Louis, I worked on medical texts, test prep floppy disks, ancillaries, study aids–even the company’s first-ever CD-ROM product. I also switched from production editing to developmental editing. The St. Louis office had a staff development center where you could check out VHS tapes on learning software and time management, and I did so often.

Back in Chicago, at REEC (a division of Dearborn Financial Publishing), I developed print and electronic products for the real estate industry. I worked there for less than two years, but I gained valuable experience in nonmedical publishing. I also met friend and drummer extraordinaire Robert Porche’ at REEC.

At AOA, I gained the management experience I lacked previously, but more important, I transitioned the association’s peer-reviewed journal from print-only to online. The latter provided the experience I needed to land my best gig yet: managing an online web portal for surgeons.

Working on the ACS Web Portal was one of the biggest highlights of my career, and when portal technology became yesterday’s news, I became the College’s first-ever social media manager. Next, I helped launch the portal’s successor, ACS Communities, a members-only networking platform.

After 30-plus years in the field, I decided that it was time to pursue my own ambitions, so I left to do that. During those three decades, I made countless friends and got to do a lot of cool things, and I will always be grateful for the opportunities I was given. That said, the past is done, and I’ve moved on to the Next Big Thing. Stay tuned. 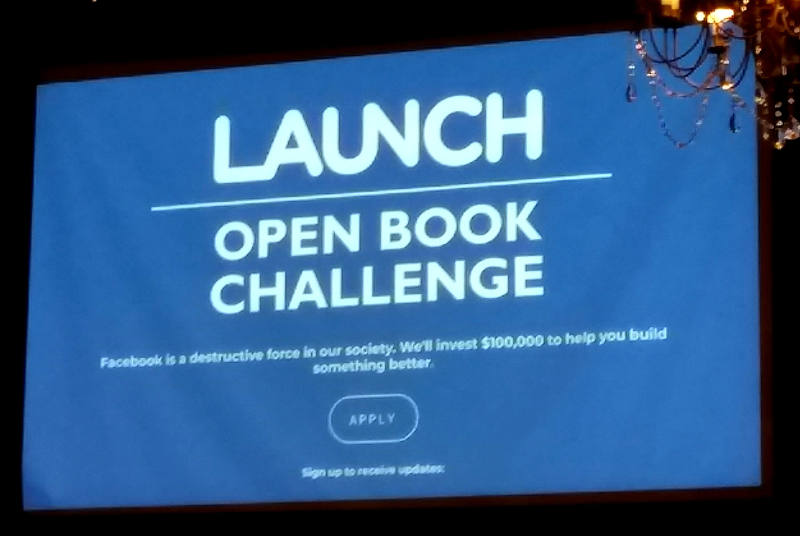 Last week I attended the Social Media Strategies Summit in Chicago. I enjoyed the conference, which was held at the Union League Club. Summit sessions focused on evolving and developing social media strategy, content creation and storytelling best practices, and video strategy and marketing best practices.

So, would I recommend attending the summit? You bet. The conference is a great way for social media and digital marketing professionals to get up to speed on what some of the big players in the field are doing to take their brands to the next level. I’m glad I went, and I got to meet some cool people besides–now on to all of those notes I took! 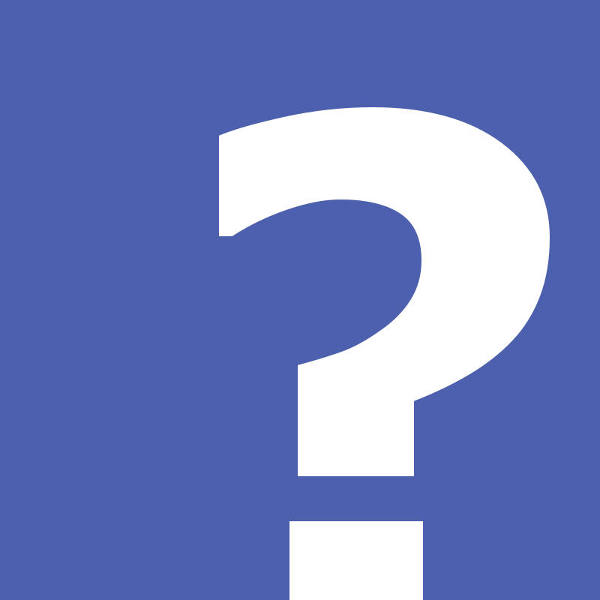 Just as Facebook replaced Myspace a decade or so ago as the top social media platform, it too will be replaced at some point. My guess is that somewhere someone is working on the aging platform’s replacement at this moment, and that’s good. In this writer’s humble opinion, anyway, the new platform is already overdue.

I’ll spare you the litany of things I dislike about Facebook or things I’ve tweaked over the years to keep the network appealing on a personal level (professional use is a whole other matter), but I will say that the thing that keeps me coming back is the ability to stay in touch with people and that any “value” added is extraneous.

With any luck, the new Facebook will be a stripped-down platform that doesn’t want to do everything but tie your shoes for you. Just your friends, just life, just things that matter. The platform’s creators won’t be out to replace YouTube or become your news and weather source or your town hall. They won’t run your friends’ posts through their algorithms or care how you order food, and they’ll know you don’t want to download more than one app to use their platform’s features.

Facebook has become the new Myspace. Like most people, I’ll continue using it to keep up with my friends and family, but only until the next big thing arrives. I’m ready for the new Facebook. 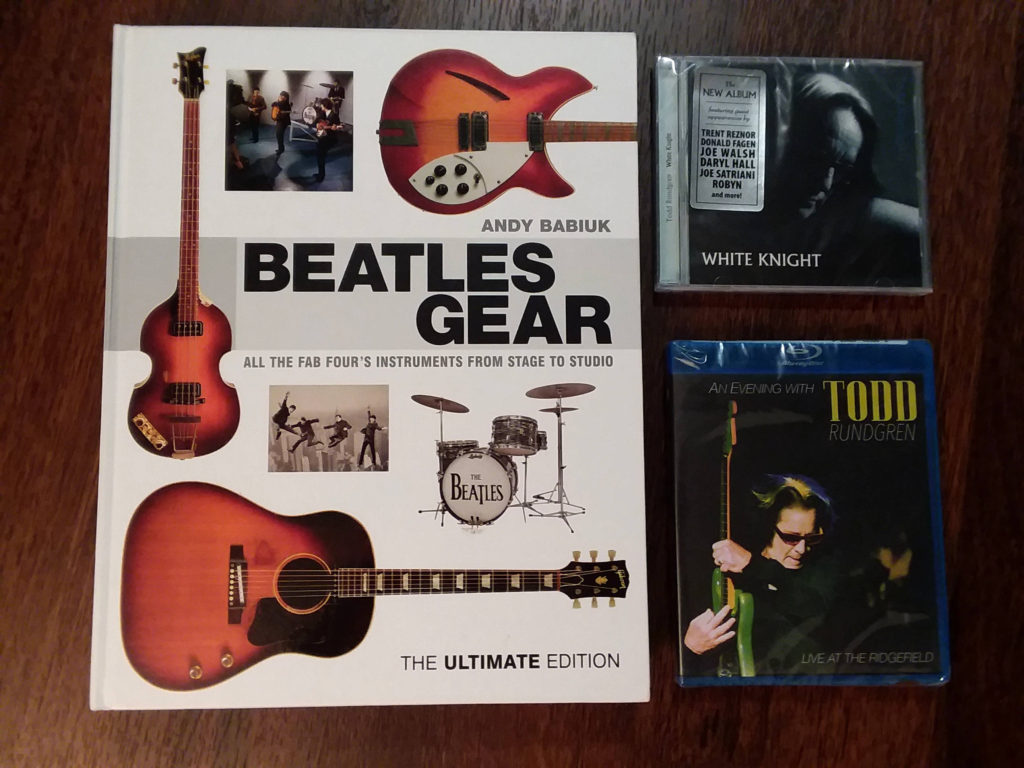 Among the cool things I received for my birthday: 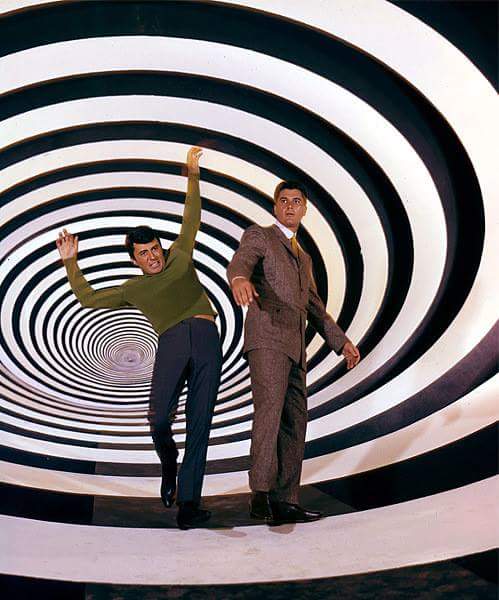 I loved The Time Tunnel television show when I was a kid. I used the concept years later for the cover art of The Jerrys’ CD, Let’s Groove. 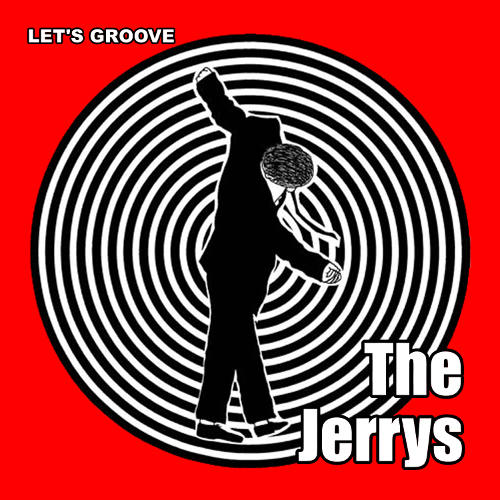 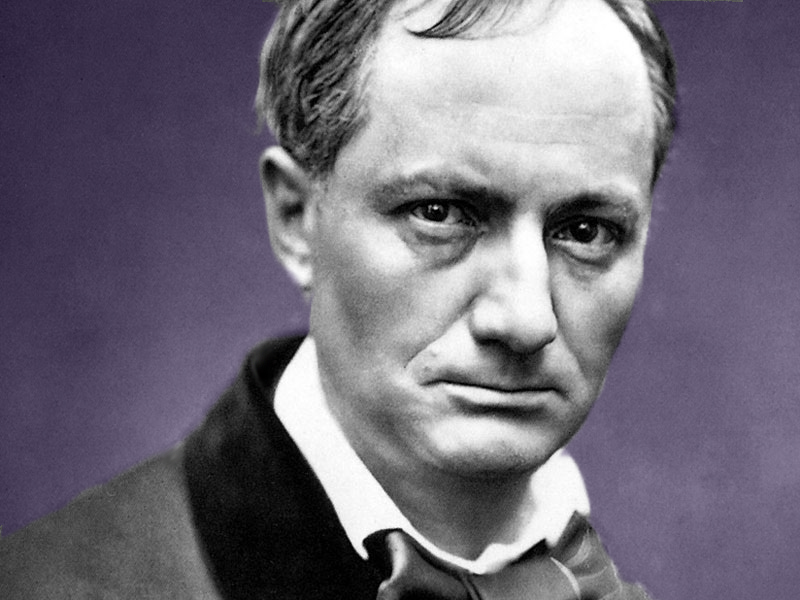 “You must always be high. Everything depends on it: it is the only question. So as not to feel the horrible burden of Time wrecking your back and bending you to the ground, you must get high without respite.

But on what? On wine, on poetry, or on virtue, whatever you like. But get high.