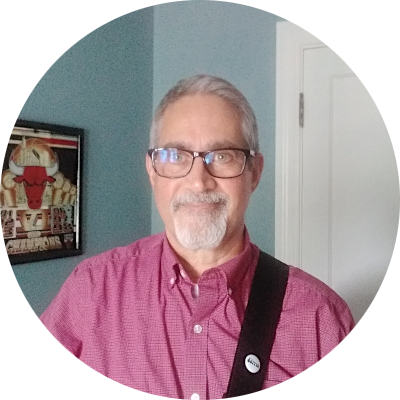 I write, play, sing, and produce the music of The Jerrys, my 60s-influenced power pop band. I began playing guitar when I was six years old. Like so many others at that time, I wanted to be like The Beatles, and I’m as obsessed with music now as I was then. I also wrote a novel, but more on that in a moment.

This blog serves as a place for me to post about what I’m up to or about things that interest me. As I moved it around online over time, I deleted and sometimes reshaped posts until the site took its current form. Posts that resemble microblogging date back to when I even used Tumblr for the site.

My posts range from updates on The Jerrys to my dad and his love of music to books I read to a look back at my career. Two of the most popular posts on the site are What Is a Künstlerroman? and Lucien Carr’s Apartment Building, New York City. If you’d like to read all of the posts in reverse chronological order, you can do that here.

Pixels of Young Mueller, my debut novel, was published by an indie press in 2010 and remained available for a number of years. After regaining control of the book, I’ve begun creating a definitive edition that I will make available soon.

Ready or Not, the upcoming studio album by The Jerrys, is scheduled to be released May 4, 2022. The album’s first single, “Alicia,” was released on February 9, and there’s another advance single on the way. Listen to “Alicia” now and get ready for more new music from The Jerrys!